What a gift to be older and look back on a life well danced, and, with all of you who shared it"

Lynn Simonson is an internationally respected educator of jazz dance.

She is the creator of Simonson Technique, an organic approach to movement that prepares the body to dance in a way that is anatomically intelligent and somatically aware. Her call to jazz dance grew out of a deep love, of jazz music and a need to express that music in movement 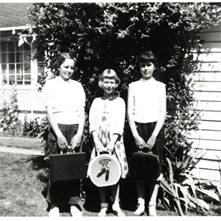 Simonson was born in Los Angeles, April 24, 1943, to parents Henry and Louise Simonson. At 8 years of age her family moved to Seattle, Washington, where her father joined the Seattle Symphony Orchestra as a violinist and her mother opened a dance studio. In Seattle, Simonson received early strong classical ballet training from former Diaghllev and Ballet Russe de Monte Carlo dancers, Marian and lllaria Ladre. She began teaching in her mother's studio at 13 years of age, and, from 16-18 was hired as a dancer/singer for Equity summer stock musicals. This exposure to musical theater greatly expanded her idea of dance career possibilities. Also, it was during this same time period that she was first exposed to jazz music. This would prove to be a guiding force throughout her life.

Simonson arrived in New York City at 18 years of age, right after high school graduation. During the first year, she studied at American Ballet Theater School and was hired as a dancer in the corps de ballet at Radio City Music hall. The next few years, she studied modern dance with Jimmy Truite and jazz dance with such notables as Jaime Rogers, Claude Thompson and Luigi. 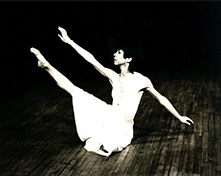 In the late 60's, she was Invited to teach in Amsterdam Holland, and for several years she explored and defined what would come to fruition as the Simonson Technique. Returning to New York City, she was a founding co-director, choreographer and soloist with Theatre Dance Collection from 1972-1979. From 1979-1982, she was founding director of the Uncompany, which provided up-and-coming dancers with professional performing experience. In addition, she was on the faculty of the Morelli Ballet Inc., 1972-1982, and co- director, 1979-1982.

From 1983 through 1991, Simonson developed and directed the Jazz project for the Jacob's Pillow Dance Festival In 1986 she developed the Teachers' Workshop at Jacob's Pillow, which she co-directed with Bessie Schonberg for two years. In 1990, she created and directed New Vision for Dance at the Pillow, which focused on a holistic approach to dance. Continuing her interest in holistic work, Simonson produced and directed her own program, Expanded Dance, at Windhover, in Rockport, MA, from 1992-2004. This program sought to delve deeper into somàtics and the whole person dancing. 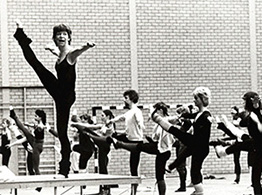 Since 1989, she has also taught classes in Yoga and Somatics at Dance Space Center and Caps 21 in NYC, University of Illinois, Decidedly Jazz Dance, Calgary, Canada and various International Festivals in Canada, Finland, Sweden, France and Spain.

In 2000 she developed a class entitled Anatomy Awareness which used the modalities of PNF muscle release and Touch For Health muscle release (certified in 1993) to help a student learn anatomy in an experimental 'hands-on' way. Over the years Simonson has performed with jazz musical artists, including Bobby McFerrin, Max Roach, Keith Terry and Charles Tolliver As a choreographer she works with jazz music as diverse as that of John Coltrane, Count Basie, Albert Collins and Tito Puente. Simonson also studied sign language and choreographed three seasons for the Lexington School of the Deaf in New York. 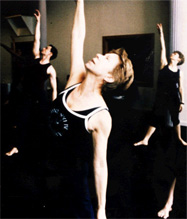 In other areas, Simonson has served as a panelist and guest speaker for the Dance Magazine at the Kennedy Center Washington, D.C., as an auditor for Canada Council on the Arts, and as Keynote speaker for the American Dance Guild's 40th anniversary conference in New York City, 1996. She has served as a guest lecturer with Donald McKayle and Matt Mattox for Jazz Dance Symposium in Helsinki, Finland, 1996, 1998, and 2000. She has adjudicated the Northeast and Southwest American College Dance festival as well as professional competitions for Encore International Dance festival, Quebec, Canada, 1996 through 2003. In 2003 she chaired a panel on Dance Wellness for Dance Teacher magazine, New York Summer conference.

Since 2005, she has been living and working on the west coast, and continues to direct "Simonson Method of Teacher Training". Simonson Method of Teacher Training yearly in New York City and at other locations nationally and internationally. She also leads teacher workshops around the country. Certified In senior fitness in 2003, Simonson developed a senior seated yoga class (Seated Wellness) which she teaches regularly in senior centers, assisted living homes, and, hospitals. In 2008 she developed an intergenerational dance class that coupled seniors with second, third, and fourth graders entitled, "100 years of Social Dance"./